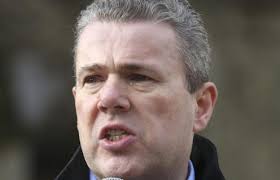 The PCS National Executive Committee are currently running a consultation on the pay campaign. You can respond to it online here, and all PCS members are urged to do so. This will, at least on paper, shape what happens next when the NEC “push the button” on the campaign when they meet on 5 February.

However, in recent days the union has also released a survey. Where the consultation contains open questions, this contains two closed questions: whether you agree with the pay claim and whether you would vote for industrial action in a ballot. This may be useful in terms of testing the mood for action, but how can members say whether they agree with the pay claim when that claim is still under consultation? Both Phil Dickens, the Independent Left member on the NEC, and the Branch Executive Committee of PCS Bootle Taxes have argued for a more ambitious and comprehensive claim than the “8-10%” suggested in the consultation. Will such views actually be taken into account?

If there’s doubt on that question, they are compounded by a recent article from “Socialist View,” the faction-within-a-faction which wants to purge Left Unity of any perceived disloyalty to Mark Serwotka. Dealing with the question of aggregated or disaggregated ballots rather than the pay claim, it nonetheless seeks to turn an open tactical question on a consultation into an existential one wherein the very future of the union is under threat.

They write: “This unnecessary distraction is in our view undermining our efforts to deliver on our national pay campaign, with time that should be spent on building our engagement with the wider membership and improving our organising capacity, being used to debate a failed strategy.” And: “Socialist View call on all members of Left Unity, and indeed Independent Left, to pull back from pursuing this strategy and unite to deliver a successful ballot result.”

Two questions arise from this.

First, should we not be able to deliver our pay campaign organising whilst discussing these matters? We don’t know about Socialist View or Left Unity as a whole, but the Independent Left can walk and chew gum at the same time. It was our understanding that the work necessary to deliver the ballot should already be underway, and if we don’t have a leadership that can organise whilst having these tactical discussions, then we need one that can.

Second, if even discussing this puts the campaign at risk, why did you open the consultation in the first place?

It’s fortunate that most of the internal bickering in Left Unity has little exposure (and less relevance) to members. Far from “defending” the national pay campaign, this kind of cheap aggression is an utter embarrassment for our union.