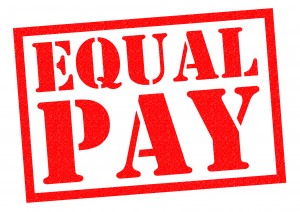 ay demand should be motivational; minimally members should be able to relate to it. Unfortunately our demand of 5% or £1,200 is neither of these things.

A better demand is for equal pay.

Now we set out the arguments why in a posting last year called ‘Towards a better claim.’ That can be read here https://pcsindependentleft.com/2017/11/12/towards-a-better-pay-claim/.

Quoting from that posting we said:

Psychologically though, it is easier to campaign for equal pay, to achieve something that already exists, for fairness, than just to ask for 5% or £1,200 – though in reality the effect of equal pay would be a greater increase for many. Of course there are possible legal remedies to win equal pay; there are none to win a 5% increase.

Critically even if we did win 5% or £1,200 that would still would leave many in the same grade on unequal pay. If we won a 5% increase that would in fact increase unequal pay; 5 % for better paid EOs would mean them moving further away from lesser paid EOs who also get 5%.

Therefore the PCS Independent Left (IL) wants to change the structure of pay and not just aim for an abstract number that has no grip in the reality. That is why the starting point has to be a demand for equal pay.

We are lumbered with the current demand, but during the pay campaign we should raise the demand for equalising pay. If the IL had been in charge of the union then the union’s prime demand would be for equal pay. If you want equal pay, for it to be a demand, right up, front and centre,  then we ask you to vote for the us in the current NEC elections and in the DWP and HMRC GEC elections.