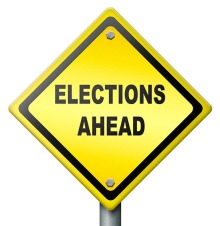 So says the DWP Group Organiser who will be seeking re-election in the next couple of weeks.

Whilst that person cannot take the full blame for this fall in membership, obviously though they share some of the blame – unless they are going to claim that the Group Organiser post is meaningless and whoever is in that role can make no difference – which we don’t imagine they will.

That being the case they should at least admit that the falloff membership happened under the current Left Unity leadership of the DWP Group. Again it would be too mechanical just to wholly blame this leadership for what their own comrade calls a ‘level of union membership density’ that ‘is not acceptable; one which ‘is a threat to the strength of the union’, but they must take a fair share of the blame. We certainly know that if the IL were in charge, we would be wholly blamed for the fall in membership.

Of course the DWP leadership will never own up. LU now find it impossible to crucially self examine their actions and inactions. Without that honesty then it is not possible to address the real problems that face us in the DWP and in the rest of the union.

The IL is standing in DWP and the wider union on the platform of ‘no spin’ and being honest with the members in little things as well as large. If you want a DWP leadership that tries to tell it as it is, in contrast to one that never admits mistakes then please vote for us in the DWP.

Our DWP slate is: