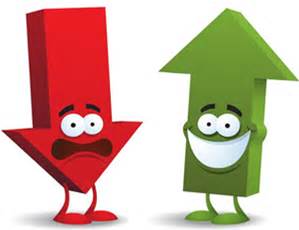 In the first part we set out why we thought the defence of Full Time Officer wages using the argument of the ‘rate for the job’ was wrong.

In this posting we tackle the argument that by cutting FTO pay we are introducing a two tier work force and so are acting in a way that we would object to, if it was done to us. We shall also address here the argument about the ‘race to the bottom’ and we need to ‘level up’ and not ‘level down’.

Now our motion to the 2016 ADC did not say that existing FTOs wages be changed; it asked the NEC to consider paying new FTOs wages closer to that of the members. It was not very radical. It envisaged change over time.

Now we would have more time for the ‘level up’ argument if we saw anyone acting on it. For example no one that makes this argument says that our national pay claim should be changed and that we should demand PCS members are paid the same as FTOs. Therefore we think ‘level up’ is just an empty rhetorical demand with no meaning.

Moreover, as far as we can see all those against the ‘race to the bottom’ and against ‘levelling down’ are those who support the employee deal in DWP which just gives AAs and AOs a few more pounds than the minimum wage. We are opposed to this levelling down of AAs and AOs.  Therefore the charge concerning the ‘race to the bottom’ must be answered by all those in favour of the DWP deal.

Our fundamental argument though is that FTOs are carrying out a political activity like an employee of a political party; they are carrying out a vocation and should regard being a FTO as a privilege not as being on the gravy train. Moreover a union is not like a company or public sector body and therefore the norms we apply elsewhere such as being against a two tier workforce (though PCS is this already) don’t apply to a union. The union should be a representative body but FTOs cannot be truly representative if we are ‘not all in this together’.