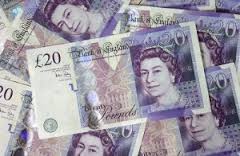 Our recent posting on Full Time Officers’ pay has sparked a lively debate – which is good.

The main objections seem to centre on paying below ‘the rate for the job’, below the ‘going rate’ and that by cutting pay we are introducing a two tier work force and so are acting in a way that we would object to, if it was done to us. In this posting we address the first objection.

Anyway back to the first objection.

The ‘rate for the job’ is generally used in the Civil Service and the wider economy to justify low wages. Employers argue that they can recruit and retain on current rates and therefore these are the rates for the job. Therefore it is an employers’ argument.

Those who defend FTOs using the ‘going rate’ argument then either have to accept that it can be used, and indeed it is right to be used against us as an argument; that is they accept the logic of the argument must apply to other employees as well as to FTOs. If they don’t, then in reality they are not being consistent, which of course undermines their own argument. To repeat either the argument has to be accepted for all employees or for none.

Now it might be said in reply, ah, when we talk of the ‘going rate’ we are talking of rates higher than those put forward by employers. Good. In that case on what rational basis do you determine for each group of workers what is the ‘going rate’? Why in the case of FTOS does your determination of wages coincide exactly with what they get already? If you have no rational basis for determining workers’ wages then you have to accept that wage determination is arbitrary. If it is, then why can’t we pay FTOs a lower wage?

In reality the ‘rate for the job’ must mean there is a labour market; a market in which FTOs freely move between unions and that determines by supply and demand the ‘going rate’. We see no such market. Mark Serwotka and Chris Baugh are not going to move to another union just because that union pays its senior officials more. True some junior officials might move, have moved to other unions but they are soon and easily replaced. In market language, which you have to accept if you really do believe in the notion of the ‘rate for the job’ then the supply exceeds the demand. In that case, why don’t we allow FTO rates to drop so as to meet supply; to meet the market determined ‘rate for the job’?